Be Fast, Time is Brain

Stroke can occur in any person irrespective of age, gender or time of the day. A 28-year-old lady in good health was returning from a birthday party late in the evening. She developed sudden onset right hand and leg weakness and difficulty in speaking. Her friends rerouted the cab to Ramaiah Memorial Hospital and after preliminary blood tests and MRI scan, she was taken for a procedure called mechanical thrombectomy. A day following the procedure and with physiotherapy, she regained her hand and leg power and was able to speak fluently.

Ischemic stroke can be caused by atherosclerotic disease in blood vessels or heart diseases. Patients can present with symptoms of slurred speech, face hand or leg weakness, imbalance while standing or walking, blurred vision. About 2 million neurons are lost per minute of untreated stroke. This is summed up by the acronym BE FAST- to identify and seek medical help at the earliest for stroke and the theme for World stroke day 2021, # save precious time. Blocks in small blood vessels can be treated using clot busting medications which can be injected within 4.5 hours after stroke onset. There has been a paradigm shift in the management of ischemic strokes after the publication of the MR CLEAN study in 2015. Blocks in larger arteries which supply the brain can be treated by a process called mechanical thrombectomy. Here a stent or a micro-suction tube is placed across the clot to suck it out through a small entry point in the groin. An overwhelming 65% of patients can have their brain blood circulation re-established by these procedures. These patients can become functionally independent with proper rehabilitation and occupational therapy after the procedure, lead a fruitful life and contribute to their family and society.

The other variant of stroke- hemorrhagic stroke can be managed either surgically to remove the clot or treat the cause of the bleed- viz- conditions like aneurysm, arteriovenous malformations either surgically or the minimally invasive endovascular route.

At a stroke ready hospital like Ramaiah Memorial Hospital we have a comprehensive setup to manage both types of strokes. This includes stroke neurologists, neurosurgeons trained abroad in stroke treatment by both-the minimally invasive endovascular route or the surgical route. This is followed by monitoring by trained neuro-anesthetists who continue to observe the patient in a dedicated Neuro ICU. There is a comprehensive rehabilitation facility in-house and the services offered at rehabilitation and occupational centre at Ramaiah Memorial Hospital ranks as the best in Bangalore 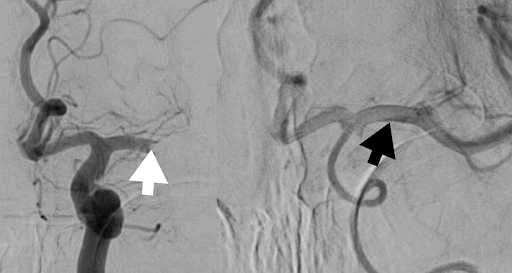 A lump in the breast? Should I be worried? »